Queries: What is your view on social inequalities in Europe, what are the differences between the North and South of the EU?

AR: The inequalities have their roots not only in salaries, but also in estate and property. The four Mediterranean countries and those of Eastern Europe, of course, are not the same as the North. The inequalities can be similar, but the way they are treated through education, pensions and healthcare is very different. In Spain, Greece and Italy, industrialisation took place later in time; the same goes for the more recent deindustrialisation process. Of course, we have xenophobic forces in the North and South. When deindustrialisation took place in the North, they had more integrated immigrants. In the South, solidarity is recent and more difficult to build. But in my view some conflicts can be a factor of integration, although we live a competition between different types of victims. The foreigners are victims more than the local population. We are in a logical process of victimisation to gain access to what is produced, which is not enough for all to share. In this context, the paradox may be that political, financial and economical elites are disappearing from this fight for welfare benefits. Those who have the least are competing more between themselves. In other periods, they were traditional allies, not competitors.

Q: Where are the mainstream political parties? What role do they play?

AR: Political careers develop only through the idea of re-election. Nothing is really debated on what to do for the next 20 or 30 years. This permanent short-term view hides the future, so the signs of disintegration seem more visible than integration and the decisions taken have less social impact. The real problem becomes not how to integrate the immigrants, but how to integrate the richest. Google, Starbucks, etc., avoid paying taxes without any major furore among the people, despite the fact that they pay less than the local shopkeeper. Apart from those multinationals, there are also the big individual wealth holders, who grew even richer during the crisis. The bourgeois do not play the civilizational role they use to. Their mind-set is aimed at avoiding sharing any part of their wealth. The notion of common social good is disappearing.

Q: What about the political reactions in the different countries? UKIP and SNP in the UK, FN in France, the nationalists and Podemos in Spain. Are we in the midst of an identity crisis?

AR: Take the case of the UK. Labour and conservatives together do not represent the full range of perspectives and viewpoints in society. They look out of breath. Syriza and Podemos can be considered populist in terms of the way they communicate, but they have typical left-wing programmes. For the extreme right and the nationalists, the most important thing is their national wealth as a whole. This is why when they arrive in government (such as in Austria), they are unsuccessful because they fail to take into account social complexity. This could be the case of the FN’s brand of populism in France, the North League in Italy, or the New Finns and their counterparts in Denmark. The Scottish and Catalan nationalists have other aims, which include a real political programme to create a new independent state. We cannot situate them at the same level as the populists. Populism mainly thrives on capturing a part of the former Left popular vote. The problem of short-term communication impoverishes the debate. We have no glimpse of real political programmes. Nowadays the question should be, do we follow in the footsteps of the US and reindustrialise Europe? Should Europe focus on offering services, leaving reindustrialisation to developing countries? Our politicians should face up to all those debates. 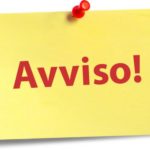